Home FleetWatch 2017 Truck Racing – it doesn’t get any bigger than this!

At 5.8t and up to 1,000 bhp, the FIA European Truck Racing Championship famously unites size, speed and pure racing unlike any other! Europe’s best truck racers get together for 36 races on 9 premium circuits, including Le Mans, Spielberg, Nürburgring & Hungaroring!

The matadors behind the wheels of these machines are not afraid to test the resilience of their equipment – and a friendly contact is very much part of the deal. Forget about race strategy and get ready for wheel-to-wheel battles and flying parts!

The events are famous not only for its on-track action: A dazzling fan scene forms another key part of the attraction. An average of 50,000 fans At the Nurburgring Truck GP, 180,000 spectators flock to the track for an unforgettable weekend of motorsport, music and partying.

But don’t believe this is a men’s world (only): With Ellen Lohr and Steffie Halm, two ladies with wins and podiums to their credit are certainly not here to round out the numbers! 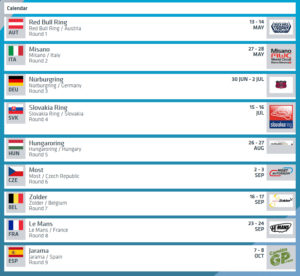 Want to see more! Stay tuned to the FleetWatch YouTube Channel for more…