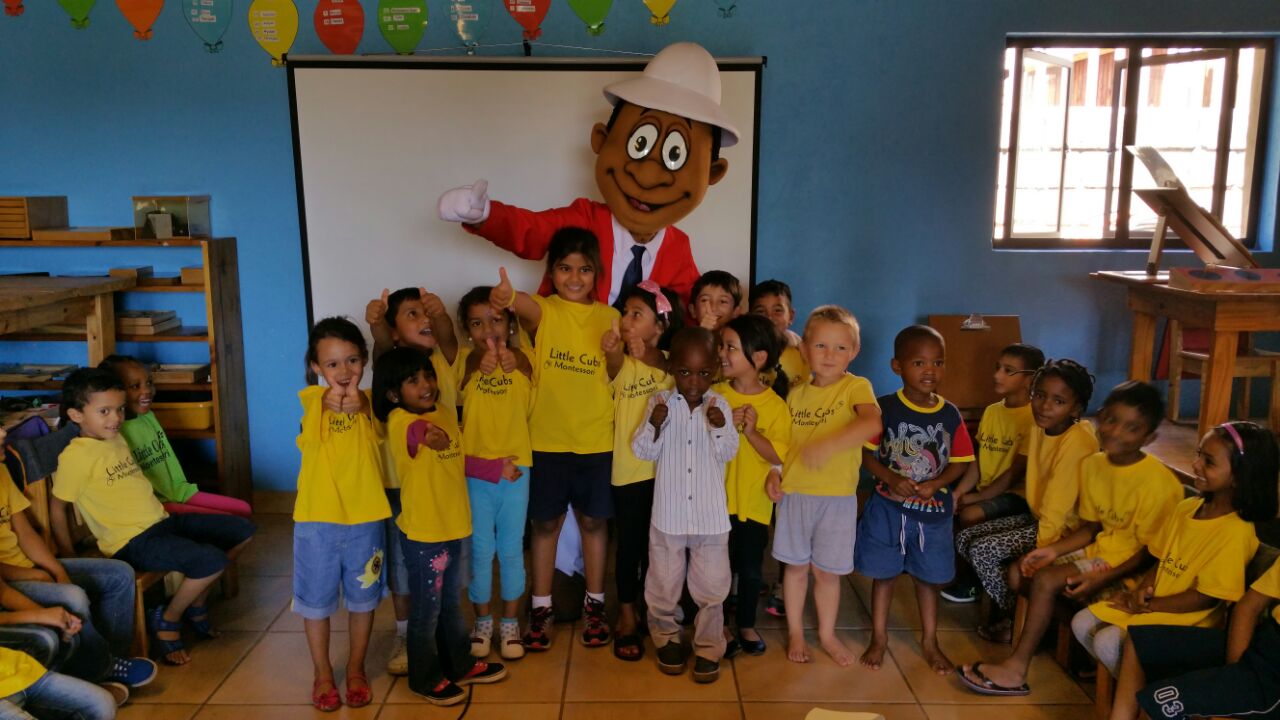 Road safety starts at ground level and that means educating children by instilling a safety culture from an early age.

Trans African Concessions (TRAC) are leading the pack with their School project (now in its second phase) which reaches hundreds of children on the N4 Toll Route. 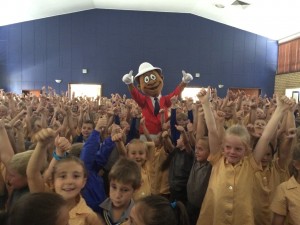 The programme, which was officially launched at the end of 2014, focuses on road-safety education for children from five to nine years and is directly in line with TRAC’s CSI responsibilities. As with Phase 1, the second one was headed by TRAC’s official life-size mascot, Sipho, who visited 10 schools in four days to teach learners the basic rules of the road in a fun, memorable, yet informative manner. 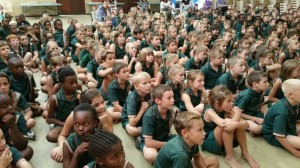 “Sipho and the TRAC team visited schools in Tshwane, Middelburg, Belfast, Mbombela and Komatipoort and we were blown away by the positive response from our hosts,” says TRAC communications manager, Solange Soares-Nicholson. “It is obvious that the campaign has gained momentum since its launch in November, because this time around we even had parents and teachers phoning us to commend us for reaching them through their children.” 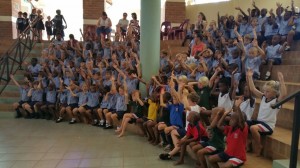 The project once again involved Sipho and several TRAC representatives who held various activities, which included an educational road-safety clip. During each visit learners were taught how TRAC was playing a pivotal role in the construction and maintenance of the N4 Toll Route. It also highlighted the customer-care service it offered to road users such as its 24-hour Helpdesk and emergency-response service. These include response to, and assistance with all emergencies and incidents on the N4 Toll Route, as well as general enquiries. 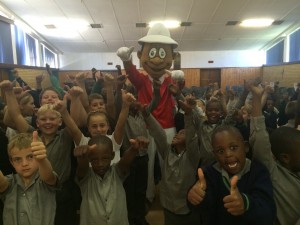 “The children at every school were eager to learn about road regulations, especially when it focused on how they and the drivers should behave in the vehicle. It was enlightening to see how they reacted to our much-loved Sipho and it was amazing how they absorbed the information he passed on.”

“The idea behind the initiative is to establish a culture of road-safety consciousness among our youth and to reach adults through their kids’ eagerness to learn and share their knowledge,” Soares-Nicholson says. “The children of today are the motorists of tomorrow, and if they start respecting and understanding road rules from a tender age, it will eventually become second nature to them.” 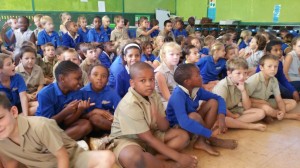 A Facebook competition, with a prize of gift vouchers to the value of R1 000 for three winners at one of three malls also formed part of this campaign, thus encouraging youngsters (and their parents) to become even more involved in promoting and practicing road safety. The response to it is proof that the project is having the intended reach and effect and TRAC hopes that it will further encourage safe driving practices and thus prevent accidents. 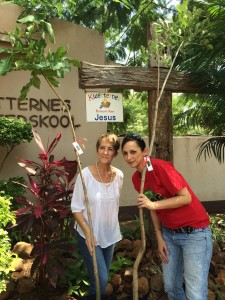 TRAC also intends to launch a pedestrian-safety campaign at rural schools along the route to educate learners on this most vital matter. More information on this particular project will be available closer to the time of it being launched.

Well done to TRAC N4…the challenge is out to other road concessionaires…N3TC, SANRAL and Bakwena. Educating the youth about road safety will ensure more responsible adults and ultimately safer road for all.