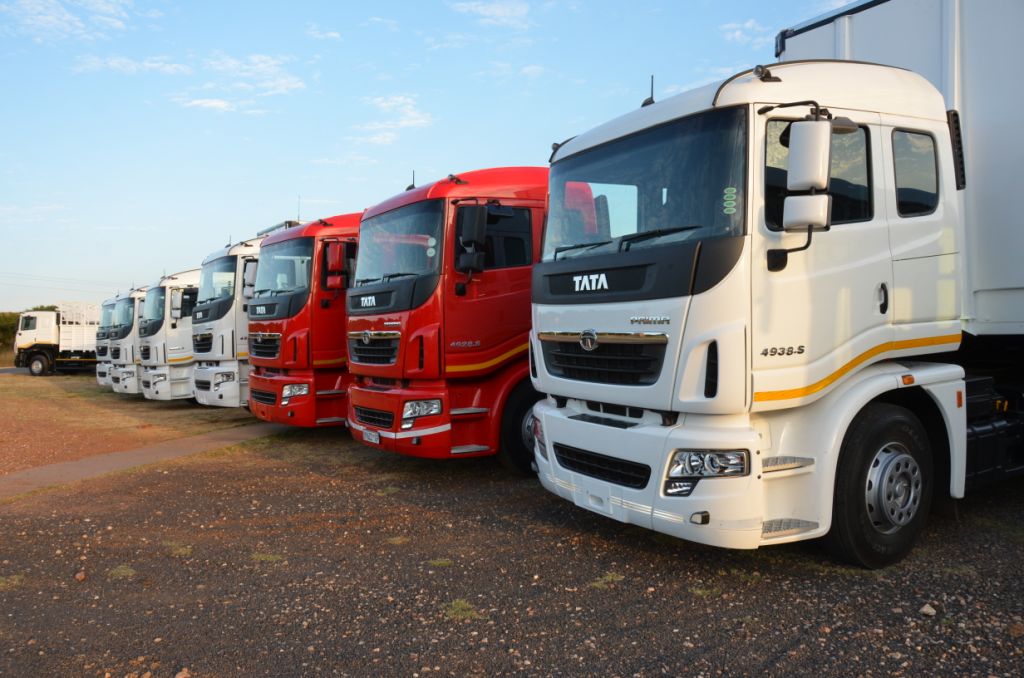 TATA introduced its new Prima range of trucks at Gerotek on Monday 2nd March following four years of testing and refinements to get the specs right for the SA market. The lineup looks great and the wide spread of customers who attended the launch were pretty impressed with the company’s new offerings. 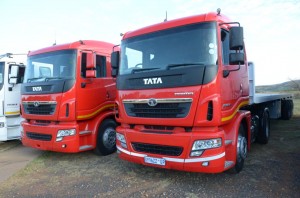 Being developed with Tata Motors subsidiary – Tata Daewoo Commercial Vehicles (TDCV), Tata Motors conceived the award winning Tata Prima range, setting new benchmarks in the performance and design of a next-generation commercial vehicle, based on superior technology, optimum power, fuel efficiency and safety. Built with technical inputs from across the world, the Tata Prima is based on an Italian cab design, engine technology from the US and Europe, gearbox expertise from Germany, chassis frame know-how from Mexico, sheet metal dies from Japan and Korea, combining Swedish precision on a robotic weld line, hence is also referred to as the ‘World truck’ by Tata Motors. 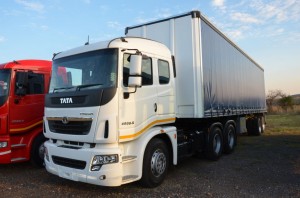 Mr. Rudrarup Maitra, Head – Sales (International Business), Commercial Vehicles Business Unit, Tata Motors, “The launch of the Tata Prima brand in South Africa is an important milestone in Tata Motors’ continued expansion in the market and the African region, giving the customer a new next-generation commercial vehicle, with the trusted credentials of the Tata Motors brand. The Tata Prima is shaped by the latest global technologies, know-how and expertise, with global standards of performance, comfort and safety, a result of customer feedback combined with years of experience in the trucking business. The range being launched today is world-class in every sense.” 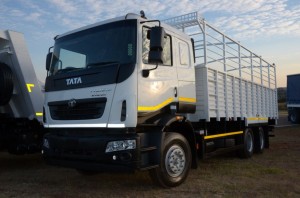 The Tata Prima is available in different trims, including multi-axle trucks, tractor-trailers and tippers, apt for several applications, thus meeting varied end-user requirements. With the range extending up to 49 tonnes and engine options up to 380 bhp, the Tata Prima is an ideal work horse for movement of goods and material across distances and terrains, at the same time delivering efficiencies to a trucking business

The range also includes outstanding material and build quality, comfort, driving dynamics and economy, at the same time offering customers with the lowest cost of ownership. Equipped with strong aggregates and a robust chassis frame and suspension, the Tata Prima range meets the highest operating standards under extreme conditions. 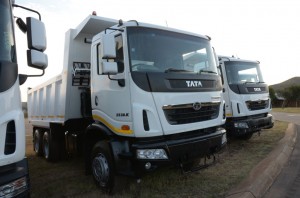 The top-end cab focuses on driver comfort. The cockpit of the Tata Prima is both functional and visually ergonomic with a separation in terms of the working and living area. The cabin is air-conditioned, with roomie occupants’ space, includes reclining seats, armrests, an adjustable steering system, a music system and Global Positioning System (GPS) as a standard feature. 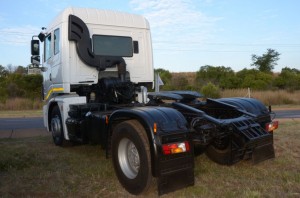 The range is powered by a Cummins engine and Eaton/ ZF gearbox delivering best in class fuel economy and higher aggregate life. Other features include Load Based Speed Control (LBSC), Gear Down Protection (GDP) and Vehicle Acceleration Management (VAM) ensure substantial fuel economy improvements for operator. Features like Idle shutdown and Cruise Control further improve the fuel economy and convenience for the driver. 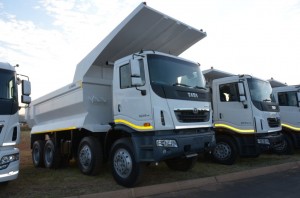 To see a full report and comment by Editor Patrick O’Leary, see our E-Mag 27 on www.fleetwatch.co.za at the end March 2015.