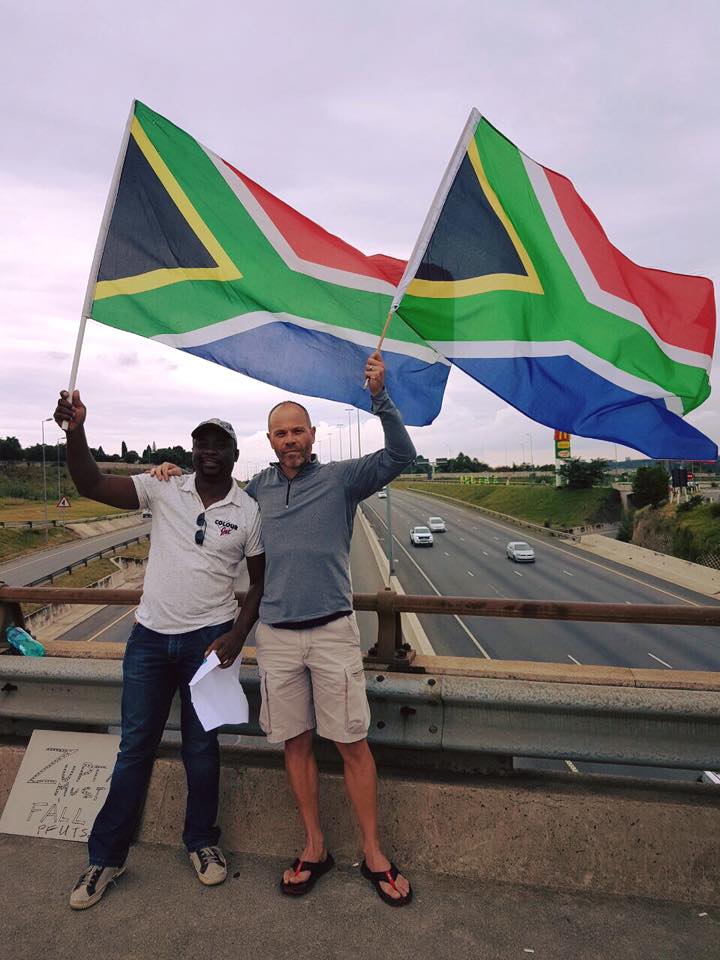 Talk about a scary roller-coaster ride and you won’t get a scarier one than the ride called South Africa. What makes it really terrifying is that the designer of this ride didn’t make any provision for the fitment of safety belts to strap you securely into your seat to ensure you don’t fall out and get hurt. And guess who the designer of the roller coaster is? It’s none other than our very own President Jacob Zuma – the epicentre of the vast majority of South Africa’s problems. The man is a hindrance to South Africa’s progress; a stumbling block to our unity, a burden to our country, an impediment to our advancement, a drain on our psyche. In short, as President of our country, Zuma is South Africa’s greatest liability as opposed to what a President should be, namely, our greatest asset.

I have to be honest and state that I am a little peeved off as for many years, FleetWatch has been warning about this man and urging the business community to be more vociferous regarding the negative effect Zuma’s many idiotic decisions have had on the economy over the years. I have lost count of the number of press conferences I have attended over the years where I have asked the heads of companies why they are so silent when it comes to Zuma’s shenanigans. The normal replies given were that negotiations were taking place with government – but behind closed doors. Yeah sure. We know how well that worked with Zimbabwe in Thabo Mbeki’s ‘silent diplomacy’ era. Bob Mugabe loved it for it meant he didn’t have to change anything – and the people continued to suffer under his despicable rule, as they do to this day. Then there was also the hidden ‘scare’ factor of being isolated from Government business if one spoke out against Zuma. Not sure why as Government tenders were going to Zuma’s mates anyway. The ‘connected’ were getting the business – as they still do to this day – so why the worry? It remains a mystery to me why business stayed quiet for so long against a man who, quite clearly, was leading South Africa down a path of destruction and chaos; a man who has always taken into account only his own best interests rather than the interests of all South Africans. It’s been like that since he hit the President’s seat and the writing has long been on the wall. The truth is, Zuma never has and never will be a Statesman – just as I will never be pregnant. It will never happen. It’s impossible. My make-up as a male does not allow me to fall pregnant. Likewise, Zuma’s make-up does not allow him to be a Statesman. He can’t think past his own vested interests and those closely connected to him.

But I am repeating myself as I have said these words for many years. My question is: Although the business community is now speaking out – albeit still not loud enough -, why has it taken so long for them to do so. Even when Zuma fired Finance Minister Nhlanhla Nene in December 2015 and replaced him with David ‘Des’ van Rooyen, a total stranger to the majority of South Africans and certainly to the financial community, the business community was conspicuous by its silence – even though the negative effects of this mad decision on South African businesses were very clearly going to prove substantial. And there was more to come. Just four days later, Zuma replaced Van Rooyen with former Finance Minister Pravin Gordhan. Talk about a scary roller coaster ride and here you have it – conceptualised, manufactured and run by Jacob Zuma.

This total path of irresponsibility should have alerted the business community to step up to the plate and shift into high gear in terms of unifying behind a common goal with the intention of monitoring our politicians and having some say into negating decisions that would so obviously take South Africa further down the slippery Zuma road of chaos. Why? Because this was a clear sign that this man could not be trusted to make decisions based on the greater interests of South Africa. Zuma appointed Gordhan because he had to, not because he wanted to. The other sign of danger relating to Zuma’s four-day Finance Ministry roller coaster ride was that it served to alert the global credit rating agencies to the ill that was infecting the South African landscape under this man’s despicable rule. The path to ‘junk status’ was opened and that alone should have given impetus to the business community to find a louder and more influential voice. Alas, it was not to be. Everyone seemed to settle back into a comfort zone of knowing that Pravin Gordhan was the right man for the job and would quell the concerns of the ratings agencies. And he certainly was but what wasn’t factored in was that the sustainability of Gordhan’s position was still in the hands of that one man wrecking ball Jacob Zuma. And so it came to pass….you know the story but a quick recap. At midnight on March 30th the official news came through that Zuma had fired Gordhan and replaced him with Malusi Gigaba‚ formerly the Minister of Home Affairs. And it wasn’t only Gordhan who got the chop. His deputy, Mcebisi Jonas, also got nailed – and many more. In what has been dubbed as the “the night of the long knives”, Zuma made over 20 changes to his Cabinet.
The roller coaster had taken off again and it was only three days after Zuma made his monumentally irresponsible decision to reshuffle his Cabinet that Standard & Poor Global Ratings cut South Africa’s sovereign credit rating to junk status. So we are now a junk yard thanks to Zuma. South Africa is now deep in the dwang and this is going to have an horrendously adverse affect on the trucking industry. So what more will it take to galvanise the entire business community into occupying a platform of prominence where it is recognised by Zuma and all other politicians as a force to be reckoned with, listened to and taken into consideration. At the moment, Zuma doesn’t give a toss about business. All he does is he keeps pushing the ‘on’ button to set the roller coaster in motion and then sits back – totally unaffected and giggling – as he watches people in the carriages fall from their seats to the ground below due to him not having ever considered the fitment of safety-belts to his roller coaster.