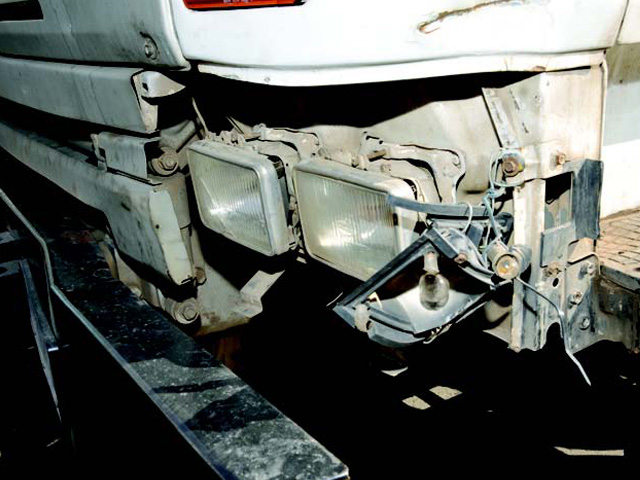 It was only a few weeks before the FleetWatch Call to Action day held in Shongweni that the Brake & Tyre Watch team hit the Langlaagte Test centre with about 60 or so cops to test the roadworthiness of trucks driving on Johannesburg’s roads. The results , 18 Discontinuation of Service notices issued out of the 24 trucks tested , served to endorse our belief that the industry needs to take road safety into its own hands writes Patrick O’Leary.

Although the public perception of Johannesburg’s Metro Traffic Police may be that they exist merely to elicit speeding fines from road users, FleetWatch must state that the group of traffic officials who participated in our Johannesburg Brake & Tyre Watch project were among the most enthusiastic and ‘˜willing to learn’ group we have experienced.

They were highly disciplined with all present and accounted for in the classroom 15 minutes before starting time. They were also all dressed in uniform looking smart and up to the task. Their appearance and attitude was the right one and that continued over the next two days.

That may seem a bit silly to point out but when compared to, for example, Limpopo province where the first guy only arrived 45 minutes after starting time on the second day, then it becomes significant. It’s about discipline and attitude. This is the cop force for goodness sake. Not a free for all jolly!

The training sessions were highly interactive with many questions being asked and probing minds exploring areas they had not come across before. The comments from the police delegates during the tea and lunch breaks were all positive and an air of excitement started building up around going out the next day to put their new found knowledge of ‘˜things trucking’ into practice.

With all delegates once again arriving on time the next morning, the practical training at the Langlaagte Testing Centre started by dividing the cops into teams of 10 with each team being allocated an expert from our partner companies. For this exercise, our much valued and appreciated foundation partners – Wabco, Bridgestone and HCV – were joined by Jost and Standard Bank with BPW and Volvo Trucks with us for the first time.

I once again would like to thank our partners most sincerely for their willing participation. Without them, none of this would be happening. It wasn’t long before the first lot of trucks were brought in for testing and the cops gathered around their team instructors like Keir Guild of Wabco and our erstwhile trailer expert and friend, Wolfgang Lehmann, to put their knowledge to the test.

They soon found out that we were not exaggerating during the previous day’s training when describing the condition of some of the trucks on our roads. Illegal tyres, some down to the wire with no tread left; no brakes to talk of on some of the axles; broken or kinked suzie hoses; ABS braking systems disconnected; load sensing values not working; no data plates; missing wheel studs’¦and so it went on and on throughout the day.

Out of the 24 trucks tested, only three passed. Three were allowed to continue but with fines issued and warning notices given and 18 were taken off the road. It wasn’t long before trucks were clogging up the parking at the back of the test centre as they waited for mechanics or tow trucks to arrive.

The accompanying photographs show some of the faults. We could fill a whole magazine if we wanted to but it gives our readers an idea of what we find. Many faults are also repeats of what we have featured in past editions.

To sum up the day, I point to two incidents relating to two people who were with us. The first involved Terence Bowren of Bridgestone. The owner of one of the rigs that had failed arrived after being phoned by his driver. It was the first time I have known Terence to lose his cool. He walked up to the owner, stared him in the eyes and said: “You shouldn’t be standing here. You should be in jail for allowing this mess of yours on our roads.’

The second involved Louis Malan who had been invited by FleetWatch as an observer for the Institute of Road Transport Engineers. Louis is now retired but was previously in charge of a fleet of 1 000 trucks.

I saw him standing aside at one stage, leaning up against a wall sipping at his Coke. “What’s up?’ I asked. “I am so angry,’ he replied. “I did not realise operators would let their trucks deteriorate to this extent. Something has to be done.’

FleetWatch and its Brake & Tyre Watch partners have been doing something about it since the project was started in 2005. We have now taken it a step further with the Call to Action gathering held in Shongweni. Watch this space!