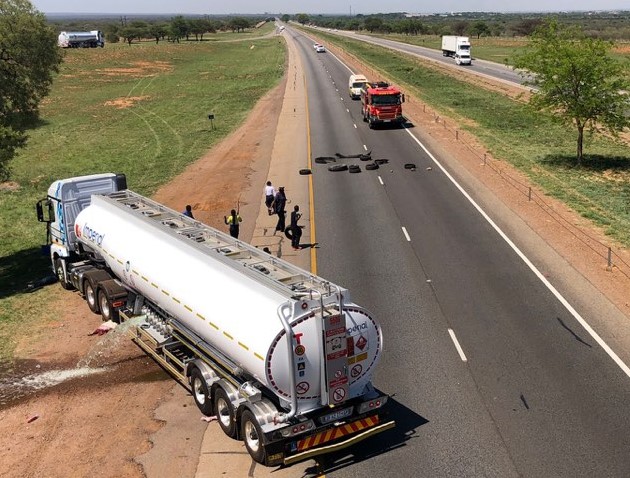 “Be prepared – that’s the Boy Scouts marching song. Be prepared.” I thought of this jingle when FleetWatch got word of the Gauteng RIMS (Road Incident Management System) committee linking up with SANRAL, Imperial Logistics and Bakwena N1N4 toll Concessionaire to facilitate a simulated emergency exercise along the Bakwena N1 south route between Carousel Plaza and Pienaarsrivier.

The exercise formed part of the mandate to test and monitor the implementation of RIMS processes and protocols and training of first responders on the national road network, to ensure that should incidents occur, they are managed in a quick and efficient manner.

Emergency services responding to the scene included the South African Police Services, Tshwane Metropolitan Police, Gauteng/North West/Limpopo Traffic, Forensic/Pathology services, fire and, ambulance services. Despite a few challenges, the objectives of the simulation were achieved with some additional lessons learnt by all involved in the exercise.

Solomon Kganyago, Chief Operating Officer at Bakwena, says incident management within road safety management is an operational function which not only forms part of the requirements of Bakwena’s concession contract with SANRAL but is also key to achieving Bakwena’s vision of zero fatalities on the N1N4 route.

“The deployment of an incident management programme is vital for prudent and innovative measures to be employed to be able to deal with crashes swiftly and efficiently to ensure roads keep operating as optimally as possible,” he says.

The scenario for the simulation involved protestors closing the road with burning tyres and rocks causing a petrol tanker to crash with spillage of fuel and colliding with pedestrians. There were two injured patients and one fatality. The injured patients were treated using standard triage protocol and transported off the scene of the crash timeously.

While the incident was being managed, SAPS and traffic authorities controlled the traffic by diverting traffic from the scene at Maubane ramp and back onto the N1 to minimise the impact on traffic flow. A debriefing/post incident assessment (PIA) session for all emergency personnel was held afterwards in order to determine where improvements could be made in the management of such incidents on national routes particularly in terms of cooperation between the various parties who deal with these incidents.

The RIMS programme undertakes regular simulation exercises to monitor the capabilities of emergency personnel along the national road network.

“At Bakwena, the safety of our road users is paramount to what we do. Incident management continues to be a vital tool in dealing with crashes efficiently by clearing obstructions (vehicles, goods, damaged infrastructure) and transport of victims from the scene timeously to maintain open roads with free traffic flow and minimise bottlenecks, we remain committed to strengthening our relationship with all the role-players,” says Kganyago.

With the increasing number of crashes being seen on our roads, FleetWatch welcomes such exercises – particularly in terms of saving lives for it is the Golden Hour that counts when people are seriously injured in crashes. Scenes also have to be secured to prevent secondary accidents. Being prepared is the right thing to do.