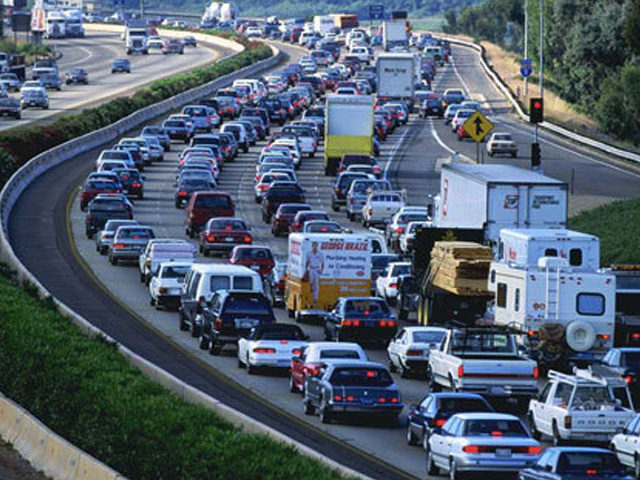 I don’t know how many of you have driven on our national roads on the Thursday evening prior to the Easter weekend. I know this publication often speaks of the Guardian Angels who man the emergency services during these stressed times , and now I know why they are praised.

I happened to cover the N1 between Touwsrivier to near Beaufort West on Thursday 21st April – the start of the long weekend – and between 7pm and 11pm, we battled to average over 80km/hr on the N1. Visibility was excellent so it wasn’t that! The reason for the slow average was the incomprehensible driving we experienced. Seldom have I experienced such shocking road behaviour.

Traffic was close to bumper to bumper and as a driver, I was pulled between two main areas of concentration. The first was the ‘˜yellow lane’ traffic which courteously pulled into the yellow lane primarily to let faster moving traffic pass. The second area of concentration fell on the general traffic in both directions.

No problem – but then you get an unwelcomed third area that you have your divert your concentration to when your right side mirror lights up with the bright, far distant headlights of an approaching vehicle , not once but many times.

Most of the times the vehicle turned out to be a long distance taxi whose primary function was to stay in the ‘˜wrong’ right hand lane with the driver deeming it only necessary to return to the correct side of the road when oncoming traffic was heading towards him. Dangerous and pathetic!

In my opinion, the general standard of driving was a sorry indictment and prime example of all that is wrong with South African traffic behavior.

The point about long distance driving on our national roads is that I am scared of the ‘˜unexpected’. Take this example: At one point, we smelt a distinct burning smell. In such cases, one always thinks: “Is this my vehicle with a component failure or is it another case of a truck’s brakes binding or being over-used?’

In this case, the cause was a Mercedes Sprinter Taxi pulling a huge baggage trailer. As is commonly seen these days, the hub of the trailer had sheared off. The Sprinter was absolutely jam packed, as was the baggage trailer.
Instead of the driver doing the correct thing and stopping, he just continued driving. And there was no way he couldn’t have noticed the fault.

Yes, it would have caused an extremely lengthy and unscheduled delay to the Easter passengers who were trying to reach their destinations within the relatively short Easter holiday period, but surely the safety aspects over-ride such considerations! Not in South Africa unfortunately. I understand that it is unlikely anything could have been done until the next day but, damage of this nature cannot be “wished away’ by just driving on.

So the driver continued along his merry way with his fully laden bus and packed trailer. Apart from the road damage caused, the dragging axle also presented a fire hazard. It was all wrong and it simply defies logic what the mindset of that driver was to endanger so many people’s safety because of his recklessness.
What I also noticed was that there were a few Provincial Traffic Control vehicles on this road. While I consider their visible presence great, my problem is that with all the openly aggressive driving, the traversing of double barrier lines by impatient offenders, the dangerous driving, not one transgressor was pulled off the road.

This forces me to ask: Are these traffic controllers just observers? I welcome their presence as it brings some discipline onto the scene , but is it just when a road user passes them. What I saw was that as soon as they are out of sight, it becomes a case of ‘˜out of mind’ in more senses than one!

The one major positive I noticed was that in among all this chaos, we passed a couple of reefer rigs – I assume deadline driven for some destination on the Friday. I wish I knew these drivers personally because all ten or so rigs that we saw were being driven in a most professional and courteous manner.

So to those drivers who were travelling between Touwsrivier and Beaufort on the Thursday night of the Easter weekend, we say take a bow. You maintained cool heads in the most trying of conditions proving that you are true professionals. You deserve our respect!