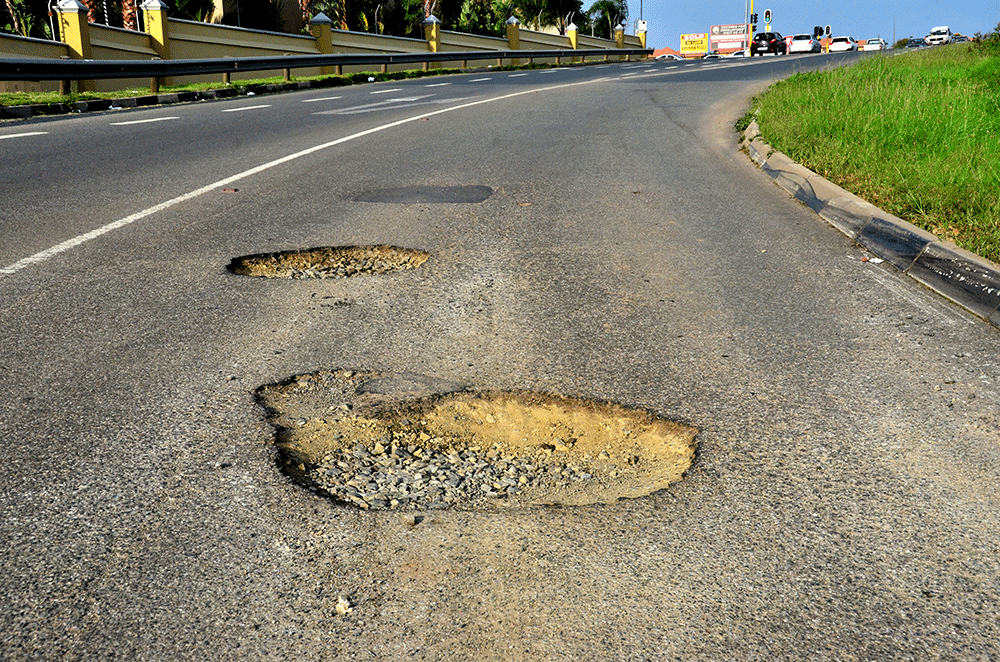 FleetWatch has long advocated the need for a culture of maintaining and repairing SA’s roads to avoid the abundance of potholes and damage seen recently due to heavy rainfalls.

In a previous FleetWatch (click here to read) we ran a story highlighting the pothole crisis on our roads. Since then, FleetWatch is pleased to report that the JRA Johannesburg Roads Agency) is walking the talk and many local roads have been/are being re-tarred.

Vuyiso Msipa Technical Executive at GIBB…(a leading consulting engineering firm) comments that roads would not be in the state they are currently in, if proper maintenance plans were effected years ago.

A few years ago, the government was informed about the rapid deterioration of the country’s key provincial roads. “Back then, some of the roads were becoming impassable. Today, the situation has worsened significantly in some provinces. Most provinces have found it difficult to maintain their total length of roads with the resources they have,” said Msipa.

In 2012, the Eastern Cape and North West provinces realised the growing problem with their deteriorating network and requested the South African National Roads Agency SOC Limited (SANRAL) to take over and maintain about 2,100km and 1,400km respectively of their roads. This year, SANRAL will take on the maintenance of an additional 1,628km of Limpopo’s provincial roads at their request, bringing the total roads SANRAL is responsible for to about 12,000km.

Msipa said this is a positive step for the country’s road network. “SANRAL has a proven track record of maintaining roads. A 2013, CSIR-Imperial state of logistics survey on the network taken over by SANRAL in the Eastern Cape and Limpopo provinces demonstrated that they did a good job of maintaining their primary road networks, making them the obvious choice to handle road networks nationwide.”

“The challenge, however, is that the decision to hand over provincial roads to SANRAL is left to the provinces themselves. Roads are left to deteriorate for long periods while administrative processes are followed to transfer roads from one government entity to the other. Roads that may have needed light maintenance to extend their life end up requiring costly full reconstruction by the end of the process,” said Msipa.

Although SANRAL has the systems and capacity in place to maintain the roads, its budget rose by only 8.7% while the network it is responsible for rose by 27%. This means SANRAL will be able to conduct routine maintenance – crack sealing, resurfacing, filling potholes, cutting grass, clearing drains, fixing signage – but not major reconstruction of the roads, which is what many of them need.

Msipa said on average, new roads are designed with a 20-year lifespan. “The surface of a road normally lasts for five to seven years before surface treatment is required.  If routine maintenance is not conducted from the get-go, water seepage into underlying layers, heavy traffic and other factors can lessen the lifespan of roads significantly. The current state of the roads and inadequate funding means SANRAL will be forced into routine maintenance, until funds are available, rather than the reconstruction that is so desperately needed.”

Msipa said a policy change is necessary that will place all provincial roads (and adequate funding for them) in SANRAL’s hands. “I believe a  high-level change of strategy is required if we are going to save our existing road assets. The longer we take to deal with the challenge, the worse the situation will get and the more severe the state of disrepair will be.”