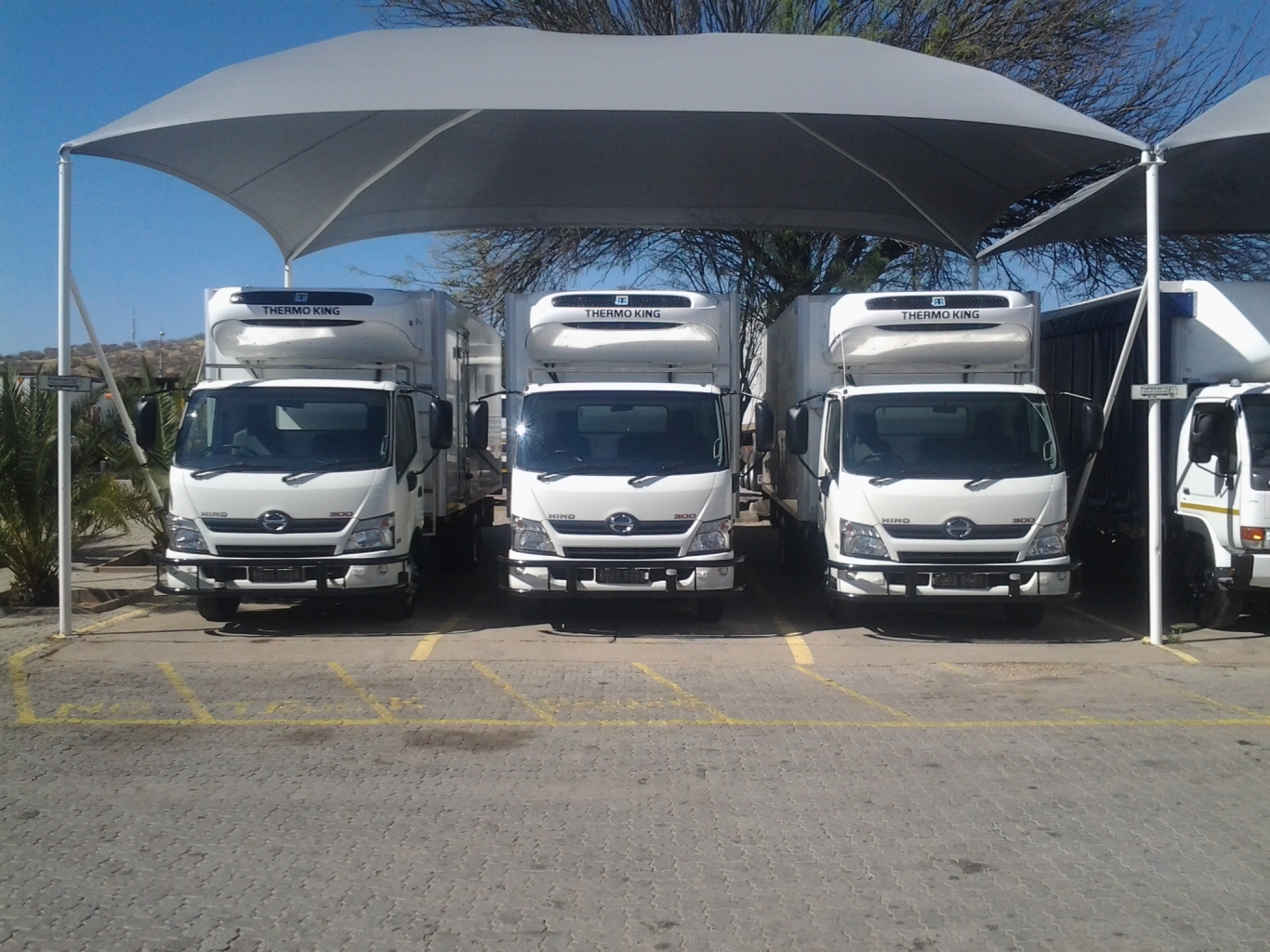 Namib Mills, the largest grain processing company in Namibia, has added another 18 Hino 300-Series trucks to its fleet.

The company, which was established in 1982, is a major supplier of flour, pasta and animal feeds and now has 29 Hino trucks in its fleet. The main mill is located in Windhoek and there are other mills in Otavi and Katima Mulilo.

The latest order of six Hino 300-Series 915 models and twelve 614 models is specifically for use by Namib Mills’ subsidiary, Namib Poultry Industries, for the distribution of chicken from the poultry farm to customers all over Namibia.

Namib Mills has been a customer of Hino Pupkewitz in Windhoek for several years and previously bought three Hino 814 trucks from this long-established Hino dealer.

Hino Pupkewitz sales executive Heinz Koll, says the decision by Namib Mills to order the additional Hino trucks is based on the brand’s statement of quality, durability and reliability, which are the same values Namib Mills aligns itself to as a company. Koll adds that the decision to place the order with Hino Pupkewitz was taken because of the dealership’s track record in maintaining its vehicles throughout their life cycle.