Home FleetWatch 2017 MAN is coming out of the closet 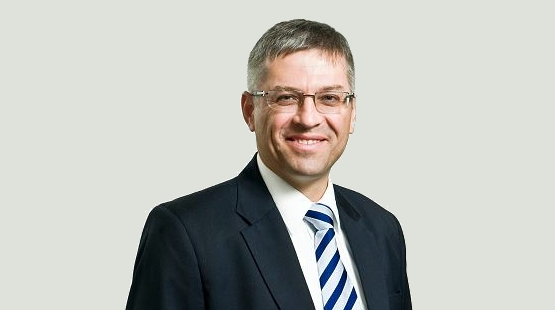 Hoorah! MAN Truck & Bus is coming out of the closet judging by the fact that in the overall heavy truck and bus market over 8,5 tons GVM, the company has managed to chalk up an 18,5% year-on-year growth in absolute volumes which equates to a market share growth of 1,5%.

This achievement should be seen in the context of recent political and macro-economic developments – the impact of which was really felt in the official April NAAMSA statistics where double digit declines were recorded in all segments of the market.

Commenting on the year-to-date results, Markus Geyer, managing director of MAN Truck & Bus Southern Africa, says he is delighted that MAN is growing its market share especially given the fact that various sub-segments of the market are in decline. “Team MAN has done significant work on our product ranges and the reliability and fuel efficiency are now adding a lot of value to our client operations,” he said

Taking buses out of the equation, clearly MAN’s fortunes are changing positively as evidenced by an impressive 20% volume growth year-on-year in the over 8,5ton market. This equates to a 1,5% increase in an arena that is highly competitive.

“Thanks to a growing acceptance of our CLA 15.220 chassis in the 8 ton payload distribution segment, we’ve grown our 8,5 to 16 ton share to just on 5%,” said Eren Gunduz, head of the Truck Division at MAN. “With a volume growth of some 60 units year-on-year, market acceptance of our TGS EfficientLine long-haul vehicles is also certainly growing strongly,” he added.

Geyer is particularly pleased about this as he says the team has worked hard to optimize its Total Cost of Ownership package. “It seems,” he says, “that our customers are starting to feel the efforts we’ve put into our TopUsed seal of quality offerings, our Parts Marketing initiatives such as ‘ecotrade’ and the fuel consumption benefits of specification enhancements of our EfficientLine trucks.”

In the bus and coach segment, Geyer was equally enthusiastic with plenty of reason for being so given that MAN maintained its market leadership in this sector. He also hinted at 2017 being an exciting year for MAN as it will see a variety of new products introduced locally. These include the RR4 luxury coach chassis with Neobus coachwork, some exciting updates to the existing range of MAN bodies, as well as VW product enhancements. MAN and VW brands grew their year-on-year volumes by 12%, resulting in a 4% market share growth to 32,4%.

“Clearly the total bus market is under some pressure and we predict a smaller yet more competitive passenger transport supply environment in 2017,” added Head of Bus, Philip Kalil-Zackey. “In this demanding market, we are extending ourselves as a team to expand our product offerings, and be even closer to our customers.”

FleetWatch congratulates MAN Truck & Bus of its performance for in truth, it needed to jack itself up. It had become a shadow of its past status – something which pained us to see as MAN has been in this market for many years contributing positively in so many ways. To watch it slide from its former reputable podium towards an almost ‘has-been’ status was truly painful.
Welcome back MAN! We’ll be watching closely for greater things to come. Go for it!