Supply chain and logistics leader Imperial will act as a single point of contact to execute, manage the warehousing and the distribution of 26 billion cigarettes annually for BAT, reports chief business development officer Cobus Rossouw.

Rossouw says BAT’s decision to consolidate primary and secondary logistics services into one supplier translates into significant benefits that the organisation will derive from a seamless, end-to-end network, adding that this important contract renewal represents the evolution of Imperial’s relationship with BAT.

“We are proud to have serviced BAT since 2011 and have built a solid partnership over the years. This partnership has developed as a result of our commitment to continuous improvement and containing costs and our ability to efficiently manage BAT’s seasonal demands.” 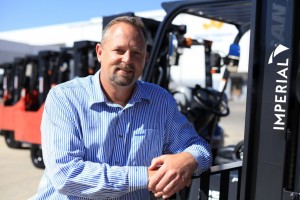 He cites the 2012 public sector strike action as an example when Imperial demonstrated its ability to remain calm under pressure and ensure that BAT’s deliveries were completed despite the testing circumstances. “We consistently exceed BAT’s KPIs (key performance indicators) and have been instrumental in the organisation’s drive to contain costs and maximise returns on investment,” he says.

Security is one of Imperial’s focus areas on this contract as the trade in illegal cigarettes is an ongoing challenge in the industry.

“The nature of our client’s product means that risk management must be a priority. Product theft and vehicle hijackings are commonplace. Various interventions have already been introduced and we are committed to constantly identifying and implementing risk mitigating strategies and technologies,” says Rossouw.

British American Tobacco South Africa is a part of a global group of companies which operates in more than 180 countries worldwide. Since its establishment in South Africa more than 110 years ago, BAT South Africa has grown to become one of the foremost fast-moving consumer goods (FMCG) businesses in the country. It has more than 20 brands in its portfolio, including Dunhill, Kent, Peter Stuyvesant and Rothmans. The company employs more than 2 500 people around South Africa and its factory in Heidelberg produces about 26 billion cigarettes annually for domestic and international markets.