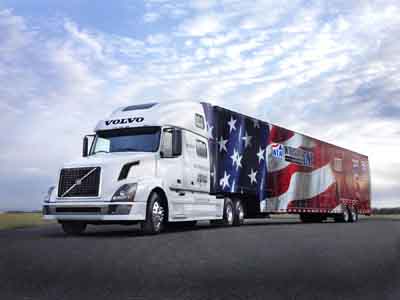 Revenue from state and federal taxes fuel taxes is declining because Americans are driving less and our cars are more fuel efficient. While the pursuit of efficient energy use is a good thing, the unintended consequence is costly. According to a study by the American Road and Transportation Builders Association, new fuel economy standards will result in the loss of more than $65 billion in the Highway Trust Fund dollars between 2017 and 2023.

So, while transportation infrastructure needs are increasing,in some cases exponentially as the nation’s infrastructure ages beyond useful life,there is less revenue being generated for the preservation and upkeep of our roadways, bridges, and tunnels.

Where do we go from here?

Some believe a part of the answer exists in tolling,or, a variation of tolling that is based on total miles travelled. There are several names for it,mileage tax; mileage-based user fees; vehicle miles travelled fee; , but the concept is simple: you pay based on the amount you drive.

Drivers, whether they are commuters, recreational travellers, or freight movers, pay directly to use many of the facilities they travel on (e.g. bridges, tunnels, and highways) through existing flat federal, state, and local fuel taxes. But tying user fees directly to the miles driven by a vehicle matches a usage pricing model favoured and presently utilized by many businesses. For example, each time you turn on a light, you pay for the electricity you use. And the more data your smartphone uses, the more the phone company charges. One of the biggest challenges to the usage model is not the technology to implement such a model but rather the politics involved and public perception. In fact, the technology to switch to a usage model already exists today. It’s in a variation of tolling. It’s in the transponders or a similar technology that we use every day with E-ZPass and other electronic tolling modes. One could say that tolling is the original mileage-based user fee.

Mileage-based user fee models are currently in trial and development in several states and European nations. These trials are proving that existing devices and systems can efficiently collect data on mileage use, communicate the data to processing centres, efficiently analyse and document the data, then collect fees from users.

Tolling is not the end-all solution to the nation’s transportation funding woes, but it is undoubtedly part of the solution. Someday we will hopefully even see mileage-based user fees that are implemented with variable rates that truly impact driver behaviour and allow for smarter congestion management.

Since transportation funding solutions are not likely to fully emerge at the federal level, local and state entities need to consider and be able to implement all options to meet their needs. While mileage-based user fee scenarios are being considered and developed, tolling is one of the only available and viable additional funding sources (whether funded directly by agencies or through public-private partnerships). Agencies are already transforming their tolled facilities with traditional electronic and cash toll collection systems to all electronic collection. The and the Florida Turnpike are good examples of this.

Paying by the mile surely will have an impact on driver behaviour in a way different from traditional fuel taxes. Some consumers, organizations, and politicians worry the costs of implementing new technology and doing away with fuel tax legacy systems will be exorbitant. Others believe the “use as you cruise‘ model is the smart answer to disappearing fuel tax revenue. But what are our real options?