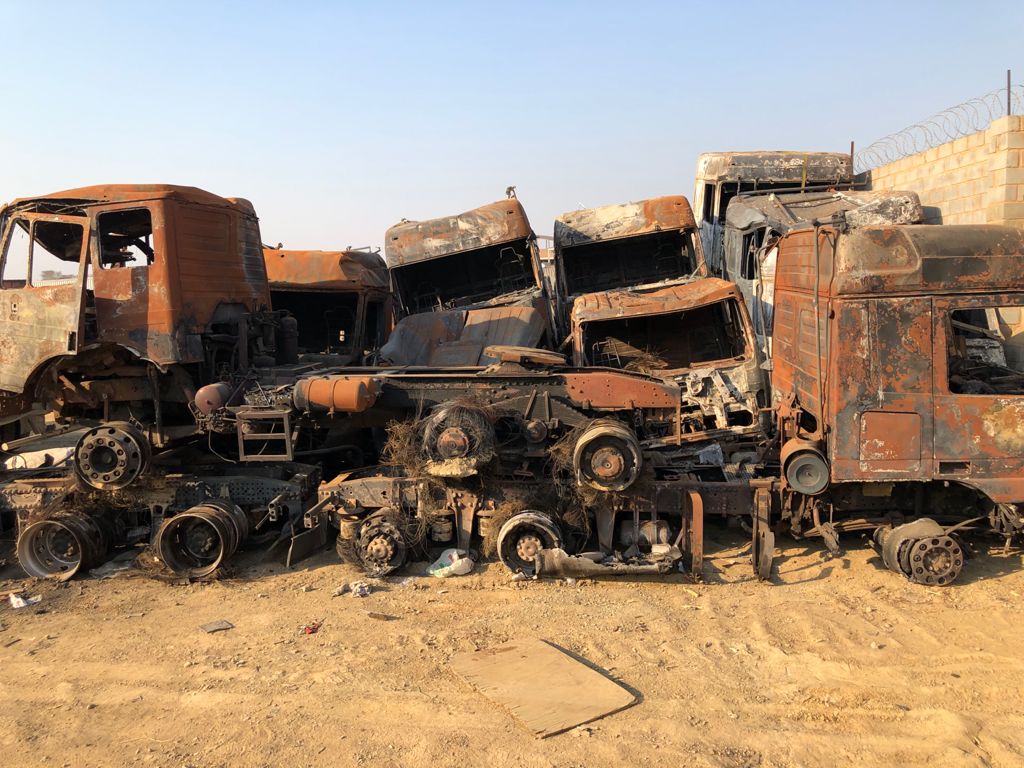 Many reports have stated the total truck losses due to the unrest in KwaZulu-Natal as being limited to the 25 trucks (not 30 or 37 as has been stated in some reports) which were burnt and destroyed at the Mooi River plaza on the night of July 9th. Not so. FleetWatch’s enquiries are leading to over 250 trucks and trailers that were either totally destroyed or so badly damaged as to be unusable – and it could be more. The losses have been horrendous writes Patrick O’Leary.

One of the first indications of losses incurred by the unrest came from the SA Property Owners’ Association (Sapoa), which stated that looters had caused R300-million in damage to educational facilities, 90 pharmacies had been destroyed and 112 shopping centres had been looted and damaged. Rampaging mobs had also destroyed 1,223 ATMs, 269 banks and 3,931 stores. Sapoa said 150 000 jobs were in jeopardy, 50 000 informal traders had been impacted and 40 000 businesses affected.

Obviously being focussed on property, what was not included was the number of damaged trucks, trailers, forklifts and other items used in the logistics and supply chain arena. Yes, everyone knows about the trucks that were burnt at Mooi River as this received high media coverage. However, there were lots more – distribution trucks as well as long haul trucks and trailers, containers and even forklifts. And that’s not mentioning the loads that were destroyed. There were also a number of vans and cars destroyed in truck depots and elsewhere.

FleetWatch started phoning around to get an idea of the full extent of the losses – and we were horrified. We are still not at the full tally and I know independent economist Mike Schussler is also compiling a report for the RFA of the losses in terms of asset numbers as well as value and other impacts.

Until we are done, here are some pictures of the storage yards of Truck & Cargo as well as Joey’s Towing to give a small idea of the total destruction ravaged on the trucking industry by the ‘unrest’. They don’t need captions or explanations. They tell the story on their own. AAAARGH!!!!