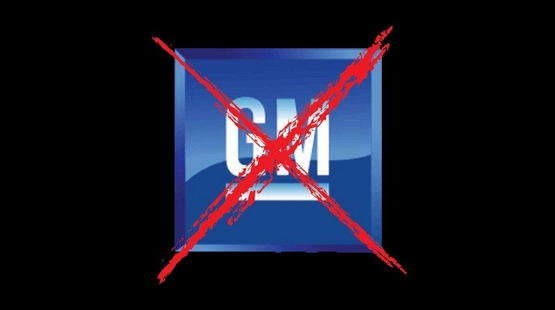 General Motors is pulling out of South Africa having determined that “continued or increased investment in manufacturing in South Africa would not provide GM the expected returns of other global investment opportunities”.

On top of this news comes the announcement that Isuzu Motors Ltd intends to purchase GM’s South African light commercial vehicle manufacturing operations which will be incorporated into its Isuzu Trucks South Africa operation.

“After a thorough assessment of our South African operations, we believe it is best for Isuzu to integrate our light commercial vehicle manufacturing operations into its African business,” said Stefan Jacoby, GM executive vice president and president of GM International. “We determined that continued or increased investment in manufacturing in South Africa would not provide GM the expected returns of other global investment opportunities.”

Isuzu Motors announced that it intends to:

“We are committed to the South African market,” emphasized Haruyasu Tanishige, senior executive officer for the Sales Division of Isuzu Motors Ltd. “The integration of our light commercial and medium- and heavy-duty commercial business will strengthen our base to grow here.”

Tanishige added that Isuzu is building a strong base to grow on the African continent in the long term with evidence of this being in the recent purchase of GM’s 57.7 percentage shareholding in its East African operations, which has given Isuzu management control of the company.

“Integrating the South African light commercial vehicle operations into our business is the next step in laying the foundation for our growth plans in the future,” he said.

Isuzu vehicles have had a presence in South Africa since assembly began over 44 years ago. For the past four years, Isuzu has occupied the number one position in the medium- and heavy-duty commercial truck segment of the South African market.

So on the Isuzu side, all is good. However, on the car side, not so good as GM South Africa announced its plans to cease the manufacture and supply of Chevrolet vehicles to the domestic market by the end of 2017, subject to consultation with employees and unions. The company will, however, continue to provide service and parts support for Chevrolet customers.

Also, following the recent announcement of the sale of Opel/Vauxhall to the PSA Group, GM continues to work with PSA to evaluate future opportunity for the Opel brand in South Africa.

GM South Africa president and managing director Ian Nicholls said: “These decisions were not made lightly. We appreciate the support that our employees, customers, dealers, suppliers, the government and other key stakeholders have given us over the many years that we have operated in this country. We will manage the transition as smoothly as possible.”

GM South Africa informed employees and unions of the announcements on Thursday morning and will begin the formal consultation process with them immediately. GM South Africa has established support centers for employees.
GM South Africa will also work closely with affected dealers on a transition plan. According to a company statement, customer support center resources will be expanded and all warranties and service agreements as well as ongoing service and parts requirements for all vehicles will continue to be honored.