FUSO Trucks Southern Africa recently sponsored a FUSO Canter LIFT to add to the Shoprite Mobile Soup Kitchen fleet as part of Mandela Day initiatives. More than 700 cups of fortified Royco soup and 1400 slices of Albany bread were handed out to underprivileged pupils at the Morula View Primary School, in Mabopane, Pretoria. 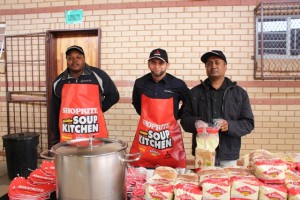 The customised and fully-equipped Canter LIFT was handed over as part of a three-year sponsorship from FUSO Trucks Southern Africa and will be operational in Secunda and its surrounding communities. 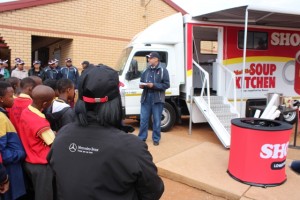 “There are so many things that we, the privileged few take for granted, such as having at least one decent meal a day. We realise that we will not be remembered for the number of FUSO vehicles we sell, but how many lives we touch. This is the FUSO difference,” said Naeem Hassim, Head of FUSO Trucks Southern Africa. 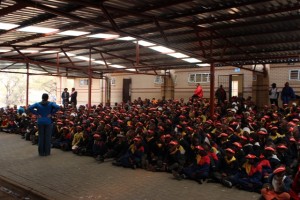 The Shoprite mobile soup kitchen programme was initiated in 2007 with a mere two trucks and has grown ever since.  To date it has served over 23 million cups of soup to people across our country in need of a nutritious meal.

FUSO understands the importance of not only giving back to communities, but also to ensure that all their initiatives are sustainable. 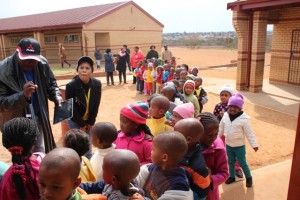 “By sponsoring a FUSO Canter LIFT to such a worthy cause, we are bolstering efforts to eradicate hunger in South Africa. We are handing over one of our most rugged medium-duty commercial vehicles and we are confident it will make light work of every single delivery,” said Hassim.

“The Canter’s design allows flexibility for the fitment of different load body types to suit all applications. This particular vehicle will be used to feed children and the elderly in different communities,” he concluded.