The FUSO Canter LIFT has once again received an award from VansA2Z, a leading British online portal of experts in the light-duty commercial vehicle sector, after being voted “Light Truck of the Year 2015”.

According to Neil McIntee, the editor of VansA2Z: “The FUSO Canter LIFT received our vote for a number of reasons: we were impressed by the optionally available Duonic automated 6-speed dual clutch transmission as well as the hybrid variants of the FUSO Canter”. 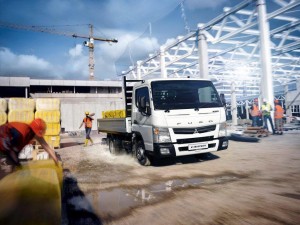 Canter models with hybrid drive are already in use in some vehicle fleets in the UK, where they enable fuel savings of up to 23 percent to be achieved. A further outstanding point in its favour for the vote was the standard-fit start/stop system in the UK market, which is popular in particular with delivery services which operate in cities with high levels of traffic. 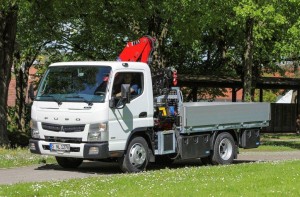 “Being awarded as the Light Truck of the Year 2015 by independent and respected experts acknowledges that the FUSO Canter LIFT is a superior vehicle in all respects. From its low fuel consumption, advanced DUONIC 6-speed, dual-clutch automated manual transmission to the class-leading service intervals of 20 000 km standard, to 25 000km in special applications stipulated in the maintenance contract, this truck continues to reduce the total cost of ownership for our operators,” says Naeem Hassim, Head of FUSO Trucks Southern Africa. 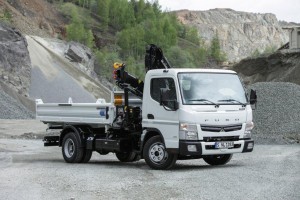 The Canter LIFT also received additional points for the comprehensive range of outputs from 96 kW to 129 kW, the use of fuel-efficient engine oils and the longer final-drive ratios, all of which can add up to fuel savings of up to nine percent.

McIntee went on to say: “The UK 6.5-tonne model with 4×4 drive features exemplary off-road performance at a reasonable price. An engageable step-down ratio as standard helps to ensure more traction”.