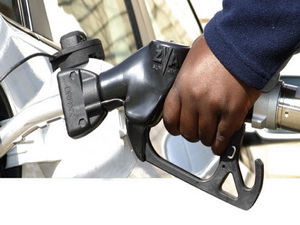 The crude oil price continues to hover between the weak US$ (strong rand) and a variety of ongoing geopolitical and international economic events. Thankfully, the Deepwater Horizon well lying almost a mile below the sea is now plugged. How long it will take to clean up the devastating mess is anybody’s guess. Going by previous mega spills, it takes longer than some interested parties like to suggest.

But is this important for South Africa which is so far away from the mess? Yes it is. Oil spills cause long term problems. Perhaps two of the best opinions come out of TIME and Fortune magazines. I quote Michael Grunwald. TIME, August 9, 2010: “Anti-oil politicians, anti-Obama politicians and under-funded green groups all have incentives to accentuate the negative. So do the media because the disasters are good for business’¦’

And here’s what Allan Sloan wrote in the July 5, 2010 edition of Fortune magazine: “I’m not talking about dead birds, befouled beaches, or zillions in damages inflicted on millions of Americans by the incompetents at BP (enabled by clueless federal regulators). Rather, I’m talking about the way our nation will overreact to the Deepwater Horizon disaster. The overreaction will cause us to import oil more than we otherwise would and produce far less of our own’¦’

These are the overreactions and responses that provide speculators with ongoing material to manipulate the futures market and similar trading avenues. The International Energy Agency (IEA) has announced that increased demand for crude oil is likely to be minimal for the remainder of 2010 and into 2011 due to a slower and more tenuous economic recovery in the US, UK and EU.

Other than an unexpected geopolitical event of significance, it seems the oil price will hover around US$75 to $85 a barrel for the next few months. The price of petrol and diesel are likely to be influenced to a greater extent by the fortunes of the Rand, currently impressively strong but under pressure by the populists for government to take steps to weaken our currency.

In this issue, FuelWatch features the following articles:

Biofuels Update , Prospective producers are still waiting in the wings while the DME continues to contemplate how best to finalise the cleaner fuels strategy.

Straight from the Spout , Digicore offers a neat way to monitor the emissions that emanate from your vehicles both individually or for the entire fleet. The CANbus system provides a lot more useful information to assist management’s efforts to control fuel consumption and emissions.

In Conversation with , Unitrans fuel and chemical contracts manager, Louis Steyl, to gain some insight into the new GRW built Q39 bulk fuel tanker that offers virtually contamination and pilferage free distribution of liquid fuels thanks to the electronically managed sensors.

Fuel Tips , An overview of how maintenance impacts on emissions and some suggestions and tips how to improve the air we breathe.