Home FleetWatch 2011 From doubt to success 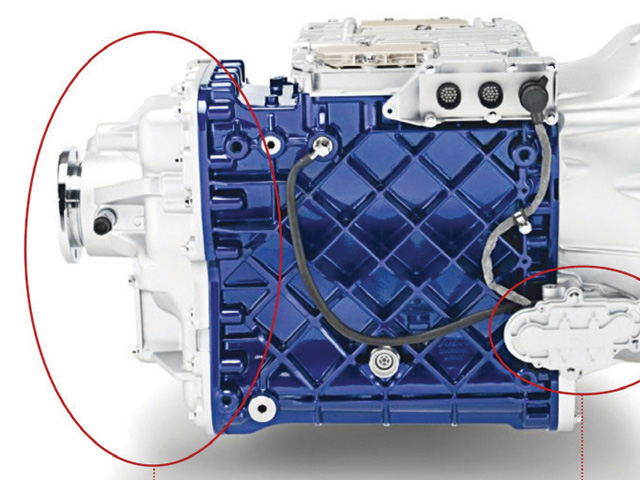 Automated Manual Transmissions have become increasingly popular among South African drivers. Given that Volvo Trucks’ I-Shift is now 10 years-old, FleetWatch thought it apt to take a look back at here it all started and how Volvo developed it over the years.

When Volvo’s I-Shift was launched in 2001, few people believed in a transmission system designed exclusively for automatic gear-changing. This year, however, I-Shift celebrates its 10th anniversary and its birthday gift is the fact that no fewer than 80 percent of Volvo’s FH trucks are equipped with the system, making I-Shift virtually a standard feature. At its launch in 2001, things looked very different.

There were already a number of so-called AMTs (Automated Manual Transmissions) on the market at the time but they were all based on manual gearboxes adapted to permit automatic gear-changing. According to Volvo, they were often not entirely reliable and customers complained. Despite the market scepticism, Volvo Trucks believed in the concept of a transmission system designed from the outset for automatic gear-changing. The first target was to adapt it for long-distance transport.

The company succeeded and in 2002, just one year after the system’s launch, 14 per cent of all Volvo trucks sold were equipped with I-Shift. This can be compared with its predecessor, Geartronic, Volvo Trucks’ first AMT, which was only fitted to one percent of all trucks sold by the company. Sven-Erik Tibb was the main project manager throughout the development of I-Shift.”We created a totally new unsynchronised basic transmission and an integral control unit with all the electronics, sensors and so on. We then added software that was fully tailored for long-distance traffic. This gave us total control of the engine and gear-changing,’ he recalls. The new I-Shift was thus a combination of fairly straightforward, uncomplicated mechanics along with electronic control.

Second Generation
In 2005, when the second generation I-Shift made its appearance, the front and rear parts of the transmission had been redesigned to include a new clutch system and a new range-change unit. This provided greater capacity for higher gross combination weights and consequently, I-Shift could now be fitted to trucks used for some construction and forestry transport duties. As a result, the transmission also found its way into trucks with the 16-litre engine and not just vehicles with 9- and 12-litre power units.

The third generation was launched in Europe in 2009 and was tailored to match Euro 5. It featured a number of hardware improvements, together with new software which made the transmission suitable for additional, even more demanding assignments. It was now possible, for example, to rock heavily laden trucks free if necessary. “From the start, we had developed programs for different types of operations and customers were able to choose between the various programs. Each new generation added new applications and now even really heavy-duty construction vehicles like the Volvo FMX can be equipped with I-Shift,’ says Sven-Erik Tibb, who today is section manager for drivelines and hybrids at Volvo.

Ã…ke Zander, technical director at Volvo Powertrain, was also involved from the start. According to him, I-Shift can keep fuel consumption at the same level as the best driver on his best day using a manual transmission. The electronics make sure that the correct gear is always selected to enable the engine to work as economically as possible. “The advantage when it comes to I-Shift is that it doesn’t have bad or good days. It provides the same fuel-efficient progress regardless of who is driving or how the driver feels,’ says Zander.

Ricard Fritz, senior vice president strategic planning and business development at Volvo Trucks, also enthuses about its advantages. “There are many benefits with I-Shift. In addition to lower fuel consumption, the system contributes to safer driving which benefits everyone,” he says. Other advantages of I-Shift are that it changes gears quickly and there is no need for a clutch pedal. There is also software optimized for different types of driving. Euro 6 will soon be making its entrance and transmission systems will need to be adapted to the new engines.

“The next generation will be even more fuel-efficient. What’s more, we are going to consolidate, refine and stabilise what we have already achieved and further expand the applications for I-Shift,’ promises Zander. It is quite amazing when one thinks that South Africa is the recipent of all this overseas-grown technology. All we have to do is embrace it and maximise it for our operations. We’re pretty fortunate actually.