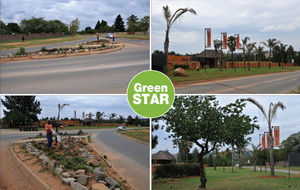 HATS OFF TO Renico Construction for ‘˜greening up’ the outside of their premises in Honeydew. The company operates over 60 trucks in its various divisions.

Not only has Renico planted grass and trees on the pavement but it has also adopted the centre isle of a corner intersection opposite its entrance and planted succulents and other hardy plants in an attempt to brighten up the area. Both the pavement and centre isle gardens are voluntarily maintained and cared for by the company.

If all companies in the trucking sector could follow this example, South Africa would be a lot prettier and greener than it looks now. The public would also look more favourably on companies which operate trucks.

C’mon, let’s go for it. FleetWatch urges all trucking companies to follow Renico’s example and brighten up your premises with plants , especially on the outside pavement and surrounds. We also invite you to send us photographs of what you have done so we can publish them for others to see.