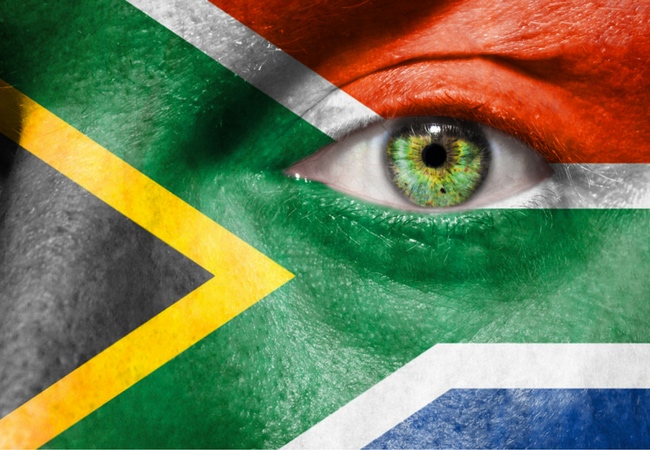 Well that’s it. The end of 2017.  I recall the words of Queen Elizabeth when, during a speech on November 24, 1992, she said: “1992 is not a year on which I shall look back with undiluted pleasure. It has turned out to be an annus horribilis.” Well, in my opinion, 2017 has been South Africa’s annus horribilis. In the Queen’s case, 1992 was the year when her second son, Prince Andrew, separated from his wife Sarah; her daughter then divorced her husband; the affair between Charles and Camilla Parker Bowles was confirmed; Windsor Castle caught fire and, to end it all, Charles and the late Diana decided to separate. There was more but suffice to say, it was all yucky, bad news stuff for the gentle Queen.

In South Africa, we’ve had an equally lousy year. Space does not allow a full list of all the bad news the country has been bombarded with – books have been written on it – but the best way of consolidating is perhaps to highlight what came out tops as the ‘2017 South African word of the year.’ It was ‘State Capture’. This was according to the Pan South African Language Board (PanSALB) which said at the time of the announcement that ‘candidates’ for word of the year are reviewed to determine what best captures the philosophy, mood or obsession of that particular year. ‘State Capture’ got the trophy for 2017. According to PanSALB, ‘State Capture’ was used 20 231 times in over 11 000 South African newspaper editions. And where did it originate from? It rose to prominence following the publishing of former Public Protector Thuli Madonsela’s report titled ‘State of Capture’ which, in essence, found a web of political corruption through the capture of high-ranking individuals and institutions to benefit private individuals or interests. In the report, the Gupta family was highlighted as having a vast amount of control over our country. By the way, ‘White Monopoly Capital’ made the short list. That was a term attributed to the shenanigans of a despicable UK PR company called Bell Pottinger working for – you guessed it – that same despicable Gupta clan. But, right in the middle of all the bad news, one man’s name kept cropping up – again, and again, and again. That name was Jacob Zuma, the president of South Africa, but certainly not my President. Note, my President is spelt with a capital ‘P’. The actual president of South Africa I spell with a small ‘p’. Those two names, Zuma and Gupta, dominated 2017 and I’m sure the Queen will excuse my paraphrasing her terms when I refer to 2017 as a year which I shall term Annus Zumanus Guptanus Horribilis.

The tragedy of this past Annus Zumanus Guptanus Horribilis year is that it has deprived millions of South Africans of a better life and in so doing, destroyed the hopes and dreams of so many individuals. Since I’ve paraphrased the Queen’s saying above, I hope the late Winston Churchill will excuse me for adapting his famous saying for our circumstances: “Never has so much been taken by so few from so many.” The many billions of Rands – I’ve lost count of how many billions – that could have been spent productively in growing our economy have been siphoned off into the pockets of a handful of people who mix in that exclusive circle of the capturers and the captured. They are sitting extremely pretty in their zones of opulent comfort while 27% of our population wake up every day with no job to go to, no food to put on the table, no hope for the future. What we seen happening around us has been horrific. It has been heartless, cruel and inhumane. I never thought that in my country, I would ever see so few caring so little about so many. It has been a nightmare and it is within this nightmare that the trucking industry has had to operate.

The resilience of our truck manufacturers has never ceased to amaze me – and indeed inspire me. Take the fact that despite our economic growth being low, and despite the fact that two credit agencies having downgraded South Africa to junk status, our truck manufacturers have continued to show optimism and have never held back on introducing new models to add value to our industry. It is really inspiring. However, truck sales have not been good this year and according to NAAMSA, this reflects “subdued investment sentiment in the economy.” And why is it subdued? Well, it’s the year of Annus Zumanus Guptanus Horribilis. That says it all. Which brings me to the coal front, the place where truck operators function.

There is not a thing in South Africa that doesn’t, at some stage in its life-cycle, go on a truck. If more houses are built, more bricks are needed and it’s the trucks that carry those bricks. If the consumer has money to spend, the store shelves need to be full and it is the trucks that carry the goods that fill those shelves. I could go on and on but you get the idea. The opposite is, of course, also true. If less houses are built, less bricks are needed and fewer trucks are used. If people don’t have money to spend, less goods are bought and again, fewer trucks are used. In both cases, trucks get adversely affected. Some get put onto blocks and I know that park-offs have taken place in certain companies this year. And of course, with less goods to haul, the competition to get a slice of a smaller cake gets stronger, the rates drop and the margins shrink. And all this happens while the costs go up.

It is in this climate that the truckers have been operating and it is not a healthy climate at all. Something is going to break. We have already seen trucks ‘breaking’ due to operators trimming back on maintenance to save costs. They are in survival mode. As for the coal hauliers who operate in an environment where the Gupta factor has been very prominent, my heart goes out to them. It cannot go on like this. This country has to emerge into 2018 with new ideas, new hopes, new dreams. For that, we need new leaders. Someone recently asked that if there was one thing I would like to see disappear from the South African landscape in 2018, what would it be? Mine was a quick and easy answer: “The disappearance of Zuma and the Guptas.” That’s my dream. May all our readers and advertisers have a great Festive Season and may 2018 bring you all fresh hopes and new dreams. And please drive safely over this period. We want you back next year to enjoy the fruits of my dream. God Bless you all.