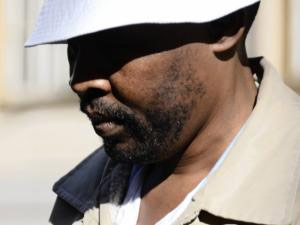 SISA Nonama, the bus driver responsible for for the deaths of 23 people at the Hex River Pass near De Doorns in 2010, was sentenced in Cape Town Magistrate’s Court yesterday to an effective six years’ imprisonment.

Magistrate Bruce Langa sentenced Nonama to nine years’ imprisonment, of which three years would be suspended for five years if he was not found guilty of culpable homicide for a driving incident during this period.

“For driving an unlicensed vehicle, a sentence of one year in prison or R500, with an additional six months’ imprisonment or a fee of R1 000 for driving an unroadworthy vehicle,’ he said. Langa also suspended Nonama’s drivers licence for two years.

Nonama was the driver of the bus which crashed on May 5, 2010, on the Hex River Valley Pass between De Doorns and Touws River. In October last year, he pleaded guilty to 23 counts of culpable homicide.

During his last appearance, Nonama testified that he wished he had died along with his passengers.

Earlier, during closing statements, prosecutor Willem Tarentaal said he thought Nonama should be sentenced to a minimum of 10 years’ imprisonment.

Nonama’s lawyer, Wimpie Strauss, said he should be granted correctional supervision as he showed remorse and his health was slipping away.

He said Nonama was diagnosed with renal failure, in addition to suffering from a life-threatening disease, as well as TB and shortness of breath.

Before sentencing, two relatives of the people who died in the crash took the stand to testify how their lives had changed for the worse after the accident. Johannes Dwangu, whose wife Lona Maqungo died in the crash, said he often found himself crying after experiencing flashbacks of the day of the accident.

Nolusindiso Porche Mnqanqeni, whose husband Fikile also died, told the court sending Nonama to jail would not bring back her husband.

She said she was struggling to support their two children financially.

The investigating officer, Dirk van Dyk, testified that a specialist found that the bus was found in sixth gear, its highest gear, at the time of the accident.

Van Dyk said the accident was “just further up the pass’ from a crash which claimed 24 passengers in a double-decker bus crash nearly two weeks ago.

Nonama appeared frail in the dock in blue jeans, a jacket and with a surgical mask over his mouth yesterday.

Relatives listened attentively in the gallery as Langa told the court there was no alternative to a prison sentence.

“The correctional report showed that (Nonama) was not a candidate due to his health. For the purpose of sentencing, all counts of culpable homicide are considered as one because it occurred out of one conduct,’ he said.

Outside court, Nonama’s relatives declined to talk to the Cape Times.