The total number of crashes on the N3 Toll Route decreased by 3,4% from 2013 to 2014 but negligent driving, general carelessness and high risk driver behavior continue to contribute to crash statistics along this route.

According to N3 Toll Concession (N3TC), the company responsible for the operations and management of the N3 Toll Route, human error was the cause of 68% of light vehicle crashes and 76% of heavy vehicle crashes during 2014. Given this, crashes can be significantly reduced if the ‘human factor’ were to be improved. 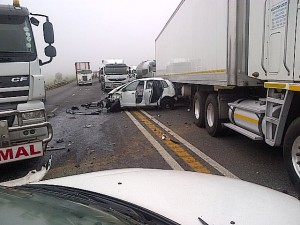 N3TC has announced that the number of injury crashes on the N3 Toll Route last year decreased by 1,9% and fatal crashes decreased by 5,3% in 2014 compared to 2013. A marked decrease of 66,7% in fatalities was recorded during the recent peak Festive Season and injury crashes were reduced by 6,8% compared to the previous season. The major types of crashes during 2014 were identified as follows: 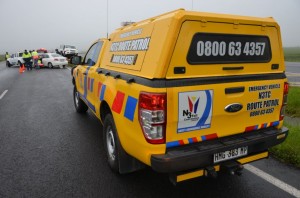 The decrease in crashes can be attributed to a variety of interventions by all role players to enhance road safety and adherence to traffic laws. These include a dedicated Incident Management System with 24/7 route patrol and emergency response services offered by N3TC and the successful operation of the N3TC Customer Careline which provides direct access to law enforcement and emergency services. 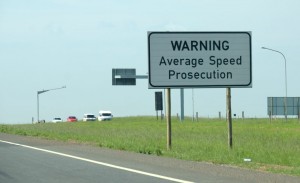 Average speed over distance law enforcement and proactive law enforcement such as road blocks, alcohol screening and speed enforcement also go a long way towards ensuring a safe road. In the Mpofana area (Mooi River), positive results have been achieved through a public-private partnership with the local authorities to provide a dedicated law enforcement service to the N3.

Other road safety initiatives which have proven successful include:

“Although we are heartened by this downward trend, it is clear that sustained, consistent, and coordinated efforts are required to keep road users alert and conscious of their joint responsibility towards road safety. Most crashes can be reduced by taking better care and adopting safe driving practices,” says N3TC’s commercial manager, Con Roux.