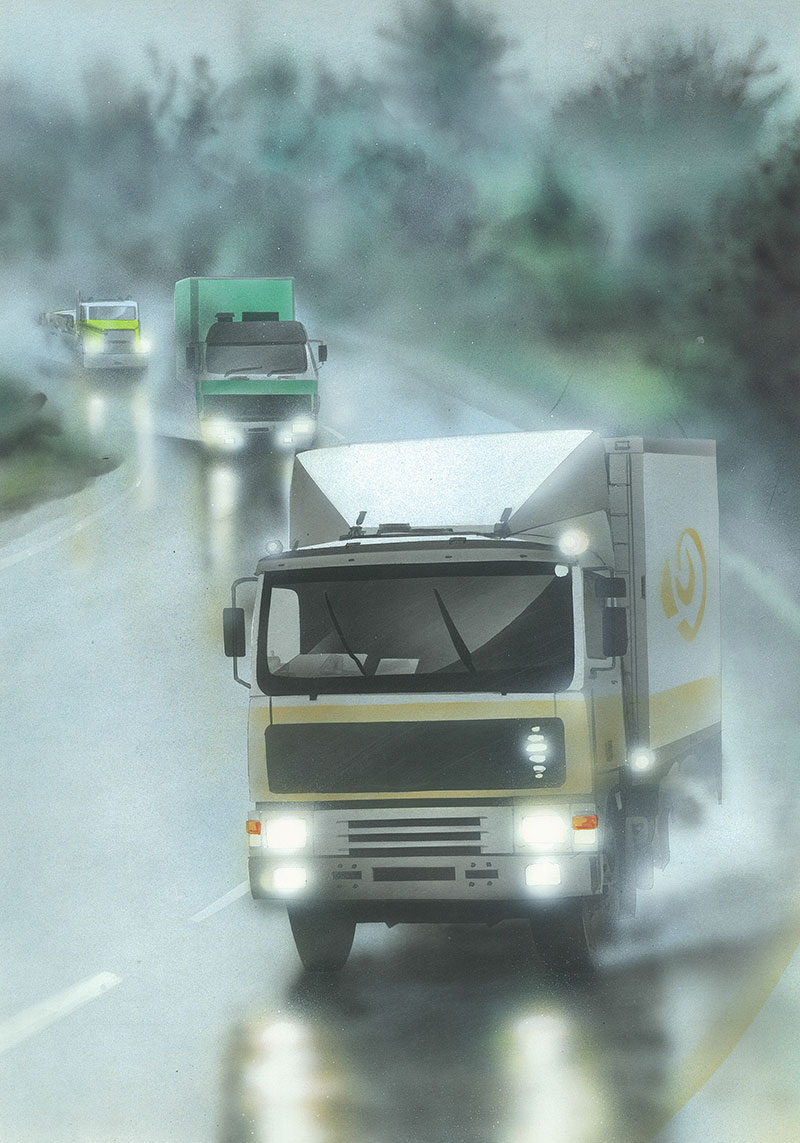 South Africa’s summer rainfall areas are due to experience thunderstorms and increased rain fairly soon. The onset of the rainy season often catches out drivers who’ve grown used to the traction and visibility of the winter dry season. This is according to the Automobile Association which said drivers needed to ensure they were ready for wet weather.

“A wet road might only have half as much grip as a dry road,” the AA said. “Motorists need to give thought to earlier braking, slower cornering speeds and looking further ahead.”

Roadholding can be further affected by worn shock absorbers or poor wheel alignment, meaning the driver is less likely to be able to avoid another driver’s error.  One of the main dangers in the wet is when the tread on the tyres is no longer able to channel away water, and the tyre lifts off the road surface and starts to skim across the water like a speedboat. This ‘aquaplaning’, as it’s called, can happen at slow speeds with little water on the road if a vehicle’s tyres are badly worn. But even new tyres can aquaplane if the road is awash and the vehicle’s speed is high enough.

The AA said that drivers should ensure their tyres had sufficient tread, and adapt their speeds in wet weather to avoid the onset of aquaplaning. The Association also cautioned against relying on electronic driver assistance.

“Many drivers occasionally brake so late that the ABS activates, or take curves at a speed which requires the Stability Control to intervene,” the AA commented. “Driving this way on wet roads may cause the vehicle to exceed its limits in a way which cannot be rectified by electronic driver assistance. If a driver routinely causes these systems to kick in, their driving style could land them in difficulties in poor weather.”

The AA also noted that wet weather driving became more dangerous with worn windscreen wipers or an ineffective window demister. “Check and replace your wiper blades now, before you are forced to grope through a downpour with little visibility,” the AA said. “And a useful tip is that turning on the air conditioner will rapidly demist a fogged-up windscreen.”

Numerous fatalities occur every year when motorists attempt to cross flooded low-lying bridges and are swept downstream. Crossing flooded bridges should be avoided if the water is fast-flowing or deep enough to splash up into the engine and cause damage.

When following other vehicles, remember that braking and swerving takes longer on a wet road, and poor visibility could increase your reaction time. A typical minimum following distance in dry conditions is two to three seconds, but this should be increased to five or six seconds in wet weather, and drivers should keep an even longer gap if they don’t have room to swerve to avoid another driver.

“Wet weather requires slower speeds, better observation and a properly-roadworthy vehicle,” the AA commented. “The safest drivers in wet weather are those who sensibly adapt to the conditions.”