Home FleetWatch 2016 News Flash AARTO? When will we see implementation? 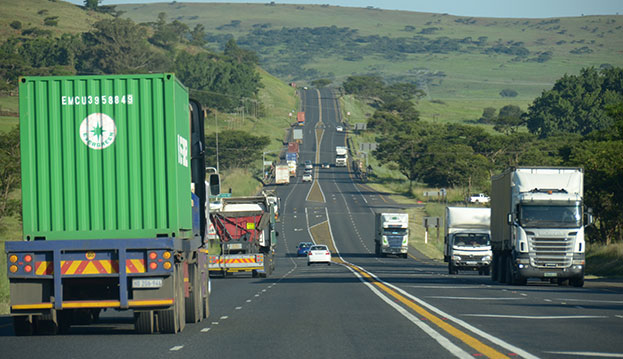 The implementation of the long-awaited Adjudication of Road Traffic Offences (AARTO) has one again been delayed despite the planned 1 April implementation date. After years of planning, and pilot projects this delay will only cause more harm than good says Automobile Association (AA).

“Since 1998 a lot of time, effort, and money has gone into developing and implementing AARTO. Despite this, we still don’t have a workable system, which is lamentable,” the AA noted.

A key objective for the implementation of AARTO was to effect behavioural change among drivers in order to curb the growing number of deaths on our roads. According to the Road Traffic Management Corporation (RTMC), approximately 13 000 people died on the country’s roads last year alone. We believe that action needs to be taken sooner, rather than later, to deal with this crisis.

The AA has supported many of the proposals relating to AARTO since they were first mooted in 1998, through the establishment of the Road Traffic Infringement Agency (RTIA), which was created specifically to roll out and administer AARTO.

Apart from creating the RTIA, the legislation on AARTO also:

According to the RTIA the system will mean drivers accumulate points for infringements they commit, The Agency notes: “Every person starts with 0 points, and the maximum permissible number of points is 12. …a person is allowed to drive until he/she has 12 points. Every point exceeding 12 points results in a three-month suspension of the licence. One point is reduced every three months if no further contraventions occur. A licence is cancelled when it has been suspended for the third time.”

AARTO has been piloted in Tshwane since 2008 and Johannesburg since 2009, but the points demerit system has not implemented. This will not happen until AARTO is implemented nationally.

However, the delays are cause for great concern, and will ultimately lead to the perpetuation of road offences of which AARTO is designed to address. Among the reasons for these delays are issues relating to the delivery of infringement notices. While this still needs to be resolved, the Act does allow for infringement notices to be delivered via registered mail and as such can be implemented at any time.

In its 2014/2015 Annual Report, the RTIA noted that certain aspects of the AARTO Act are undergoing a parliamentary process but that the Department of Transport envisaged these to be complete by the end of the fourth quarter of the 2015/2016 financial year. This has not happened.

We believe the time has come for hard decisions on the future of AARTO to be made. Our concern is that almost two decades after it was first proposed, no significant steps forward have been taken towards final implementation of the demerit system. We therefore call on the Department of Transport to give South Africans a firm and concrete date for the implementation of AARTO, and to stick to it. Their credibility, and that of the system as a whole, is now at stake.

“As much as we want to see the RTIA, and the AARTO system, succeed and go ahead, this state of inactivity on AARTO’s implementation is serving no purpose. We therefore urge the Department of Transport to take significant steps to ensure the system is implemented, or concede to the public that it probably will never materialise,” the AA noted.

Road safety remains one of the key challenges our government faces, and any dithering on the implementation of a critical resource such as AARTO cannot be entertained.