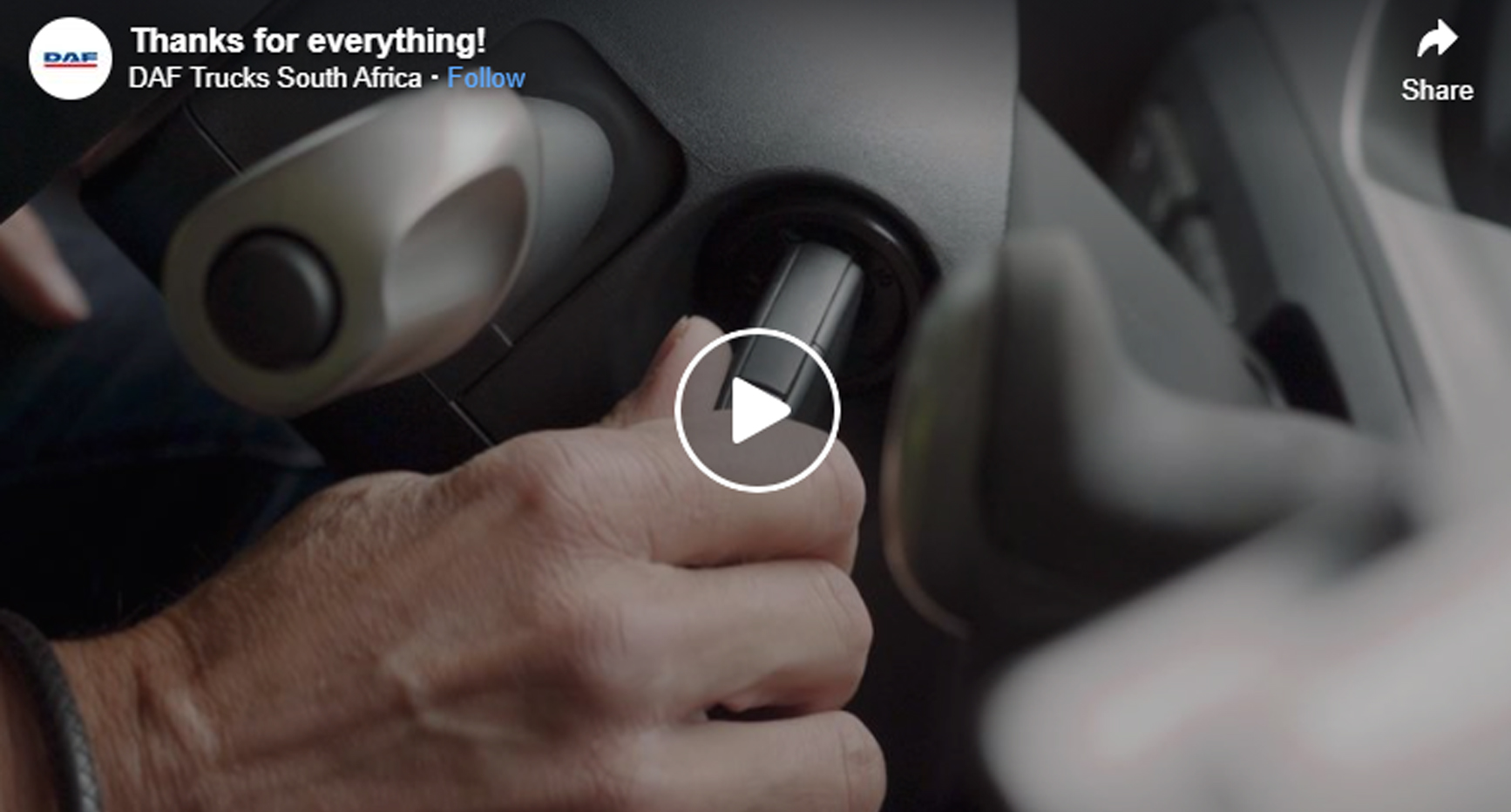 A little bird came flying past the window of FleetWatch editor Patrick O’Leary yesterday and whispered that we should be looking out for some new DAF truck models arriving on our shores in the not too distant future – probably around end of February or March.

Given that it was a hot day and there was no bird bath around for it to dive into and cool off, the little bird didn’t hang around long enough to supply more details. However, as it flew off, it turned its little head and tweeted, “go look out for a video and you’ll get an idea of what they’ll be accenting as a core focus for their new trucks.”

Note, it didn’t Twitter; it Tweeted. US President Donald Trump Twitters – well, he used to and given his record of content, if the little bird had Twittered, I wouldn’t have believed it at all. The tweet is what made it more believable so I went to look for a video. And I found it. Have a look at it here.

This is very different to any past marketing efforts by DAF in South Africa for as you can see, the accent falls fully onto the truck driver rather than onto the truck itself. This tells me that whatever the specification of the new truck – or trucks – may be, DAF is going to accent the driver as a vital cog in any success that may accrue for operators via DAF’s new offerings.

FleetWatch loves the video for it gives prominence to the unsung heroes of our economy; to those who during the past year of South Africa trying to fight the Covid-19 pandemic, have kept the wheels of the country turning while so much else came to a grinding halt.

We can tell you absolutely nothing about the expected new model arrivals as yet but we can tell you that DAF is going to be elevating truck drivers to their rightful position of importance – and that is something we welcome with open arms.