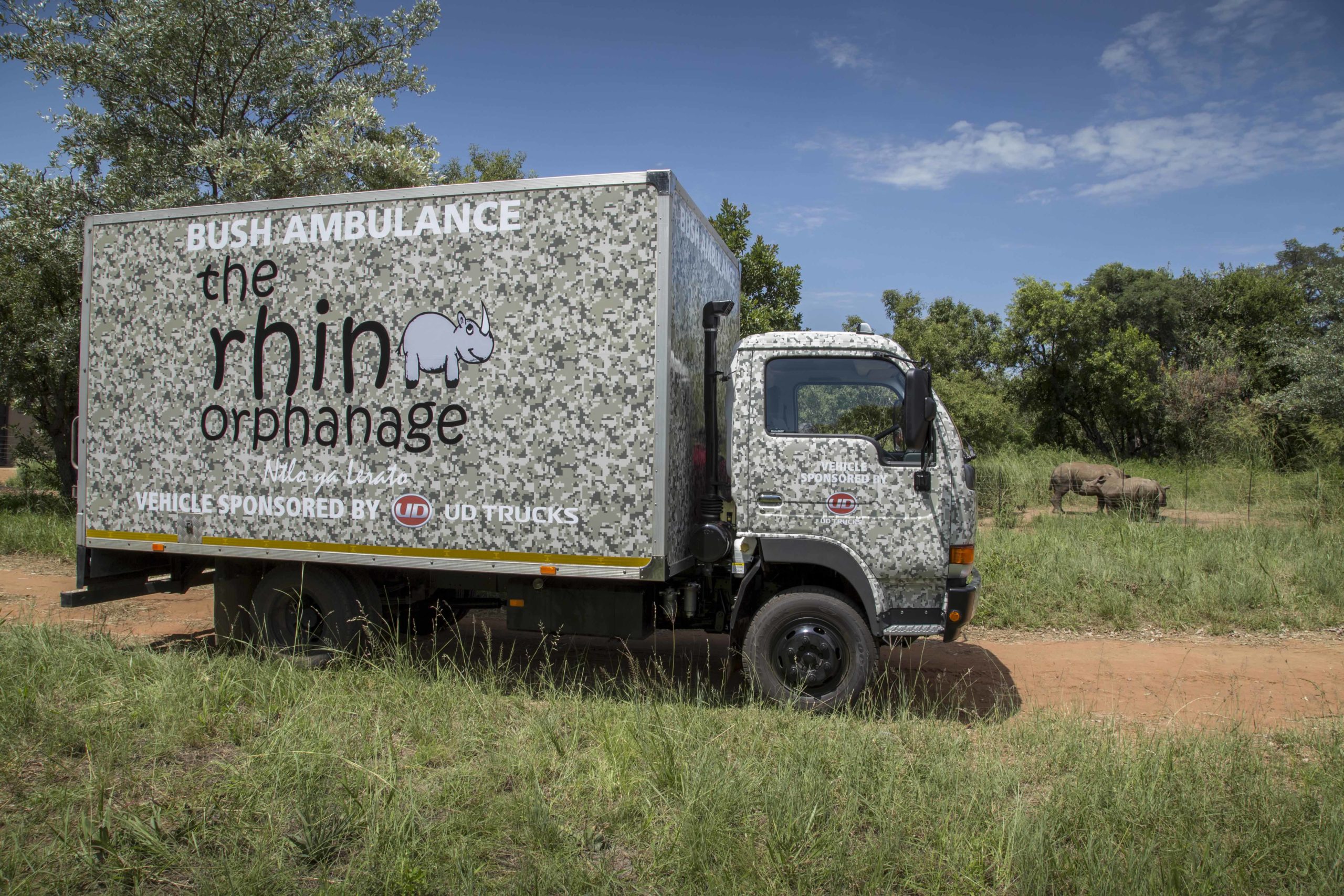 UD Trucks recently presented the last UD40 produced at its Pretoria assembly plant to The Rhino Orphanage in Limpopo, as part an effort to conserve and protect rhinos for generations to come.

The suitably camouflaged UD40 will be utilised as a bush ambulance, to transport these very fragile and often seriously hurt baby rhinos to a place of safety.  The truck will be fitted with a range of veterinary equipment and will be able to move up to three baby rhinos at a time, while being cared for by a dedicated vet.

The Rhino Orphanage is a registered non-profit company based in the Limpopo Province, founded by Arrive van Deventer in 2012. The orphanage is the first specialist, dedicated, non-commercial centre that cares for orphaned or injured baby rhinos with the only aim of releasing them back into the wild.

“Seeing that the legendary U41 range is now extinct, so to speak, we wanted to help the Rhino Orphanage prevent a living legend, the rhino, from going extinct as well in a very practical way,” said Rory Schulz, managing director of UD Trucks Southern Africa.  “We believe the Ultimately Dependable UD40 will support the Rhino Orphanage’s efforts in protecting rhinos for generations to come.”

According to Van Deventer, UD Trucks and its staff truly have hearts of gold.  “This donated UD40 is greatly valued and will go a long way in supporting our activities to save baby rhinos from certain death. Thank you to everyone at UD Trucks who played a part in assembling and donating this very special vehicle.”